skip to main | skip to sidebar

Proof of the Power that the Spirit Gives 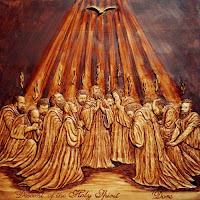 In first couple of chapters of 1 Corinthians, the Apostle Paul talks about the wisdom of God. In verse 2:4,


“My teaching and preaching were not with words of human wisdom that persuade people but with proof of the power that the (Holy) Spirit gives.”

In this context the Apostle Paul was speaking about the power of the works on the cross and the resurrection of Christ to defeat sin. Many times we find in street ministry that the proof of the power the Spirit gives is dispensed in any form God chooses. We had a ministry team from Vanguard University out on the streets of the Haight, this last Thursday night (03/15/12).

During one of our ministry stops, as we walked the streets, to disperse food, on this night, we encountered a woman named Sandy. Nearly everyone we encounter on the streets is an addict. Sandy had obviously been using prior to our arrival. She was very coherent, but nonetheless, was high.

I remember meeting Sandy as she introduced herself to me as a worshiper of Lucifer. She knew we were Christians. I looked down at Sandy's hands and all her fingers had band-aids on them from her cutting herself. Her left palm had a nasty gash with a bandage over it from something she had done to herself.

I talked with Sandy a bit and cracked some jokes and made her laugh. She tried to be a tough as nails satanist but I wasn't buying in to it. There was some spiritual stuff going on with Sandy as well as the apparent addiction. She tried to be tough again and offered to pray over me with a voodoo prayer from New Orleans. I told her she could as long as I could give her a Holy Ghost hug in return. Sandy returned a puzzled look and mumbled some prayer. When she was finished I let her know it was my turn to give her the Holy Ghost hug. I opened my arms wide open and let her in. I guess she figured -fair is fair. So she had to let me return the favor -MAGNIFIED! That's how Jesus rolls.

Sandy came into my arms and I held her tight as the Father in heaven held His precious daughter. Sandy had never felt a loving embrace and she started to cry. She wanted to be released from the hug because it was a release of emotions for her. I let her go and she took several steps away from me and wiped her eyes. Pointing back at me, “You made me cry. First you made me laugh and now you made me cry!” I told her that was the Holy Ghost hug. She wiped her eyes and mentioned that she never felt anything like that before in her life.

I asked Sandy if I could pray over her hands, she said, “No!”. She was afraid I was going to put something into her hand through prayer. She was used to witchcraft prayers.

Sandy mingled around our team and walked over to two of the girls on my team this evening. Two young girls who looked like they wouldn't stir up anything like I did.

Sandy talked with the girls and told them she knew Jesus and that Lucifer and some other spirits talking to her told her that the Holy Spirit was evil. The young ladies ministered with Sandy and had some breakthrough in revealing who the father of lies was. They led her in a prayer to hear Jesus over Lucifer and suddenly Sandy started shaking and squirming. At this time I came in behind Sandy to catch her, I thought she was going to fall to the ground or get slain in the spirit. Now, together with the girls, we prayed to bind the spirits that were lying to Sandy. She shook some more and we caught her as she went to down to the sidewalk. My team started binding the spirits of cutting and witchcraft and commanded them off her. Sandy shouted out and said her back was burning and one of the spirits was shoving their finger in her back. At this time we prayed in the Holy Spirit as thick as he wanted to come into the condition on the street. Sandy was more amazed at the power of the Holy Spirit she felt right there than with the battle going on against the evil spirits.

Some of the by standers were amazed at the change in the countenance of Sandy's face as some of the spirits were expelled. We didn't expel all the spirits, we only worked as far as Sandy was willing to work with us. When we were through she wanted to know how to experience the Holy Spirit again. That was what she remembered through the whole experience. Not the warfare.

I always enjoy street ministry like this where the Holy Spirit reveals Himself in such a powerful manifestation. He comes in and pours himself over a person he is calling home, like Sandy. And He is revealing the empowerment of His Spirit to young ministers, such as the young ladies from Vanguard University. After the encounter I got to entertain a great conversation and answer questions to these students about the invisible spirit realm. Their eyes were wide opened to what they had witnessed first hand and participated in expelling. The most exciting part of the conversation was that these students were able to describe back to me in their own words the empowerment of the Holy Spirit they felt during the battle and could still feel radiating in them minutes afterwards.

Many times people e-mail me to teach them about spiritual warfare. I tell them to go out to a Night Strike. And the usual reply is, No. Call me and take me out on an appointment and teach me. Well, I can't make spirits appear at the snap of finger. Which is why I tell people to come out and do street ministry with me. You wanna learn spiritual warfare? You're gonna have to endure the stench of human bi-products, and the breath laced with alcohol and hug people who have a small eco-system living on them. That there is spiritual warfare! And I know Jesus is proud of the all the students who have been going out with us this week and seeking the Father deeper. Deep calls to deep!

Please Help Us Reach Others!

Freely Give - Freely Receive. We never charge people for ministry. The most impact we can make on someone is when the Father comes crashing in during their darkest hour and shows them how much He loves His kids. Whether they are believers or pre-believers! Please help us to reach those who need an encounter with their Heavenly Father.